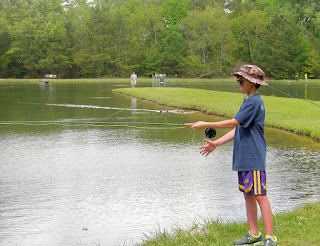 The guidelines are: bring one fly each for a drawing. They will be numbered; we will then draw numbers and get the fly with that number to fish with.

We will then tie a second fly to fish with.  Then the fishing begins.

Please bring your own lunch and sodas.  We will gather for lunch and exchange stories (or lies).

Posted by Catch Cormier at 9:05 AM No comments: 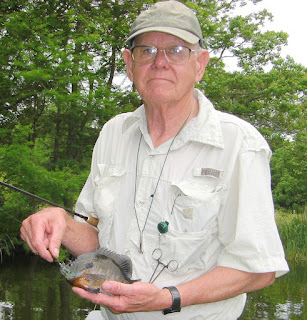 We were saddened to hear earlier this month of the passing of longtime member David McDougal. Dave passed away on October 3rd at his home in Arizona after an unexpected stroke.

Dave was an original member of Red Stick Fly Fishers. His career work in the petroleum industry gave him insight to everything happening on the coast, and he was one of the prime club sources for new members to learn about saltwater fly fishing.  He often entertained members at his camp on Grand Isle, and was the club's insider for fishing reports in the surf, around the island, and in the back bays.

As much as Dave enjoyed fishing for speckled trout, he was equally adept at fishing for rainbow and brown trout on Arkansas rivers, or bass, sacalait and bream on any number of area lakes. He was always one of the top fish fry "contributors" on the club's annual weekend trips to Lake Concordia.

Dave also taught many new members how to cast and tie flies. He enjoyed tying flies almost as much as he enjoyed watching LSU football. His greatest creation was the Jedediah fly, named after his good friend Jody Titone. The Jedediah was a killer fly on the White and Norfork Rivers, as well as the Little Missouri River.

Dave was active in just about every club event, and briefly served on the RSFF board. To say he was one of the most beloved members our club has ever had would be a gross understatement!  In 2011, the RSFF board voted to make Dave a Member Emeritus for his longtime service to the club.

Dave was born in Charleston, South Carolina, in 1934, and was married to his wife Margaret for over 60 years.  They had two children, son Johnny (deceased), and daughter Cathy who was with Dave at his passing. He served in the US Air Force, and in the Korean War. In addition to fly fishing, he enjoyed family, great food and traveling.

In 2011, Dave and Margaret made the move from Baton Rouge to Arizona  to be close to family.  After the move, it didn't take long for Dave to make the transition from marsh to mountains. He could often be found float tubing for rainbow trout in the White Mountain lakes, which he did with great success!

Posted by Catch Cormier at 9:14 AM No comments: