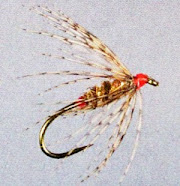 * This session is a reschedule of our February 22nd session *

Sydney Dobson will be leading us in tying the Partridge & Orange.  Perhaps the most celebrated wet fly pattern of all time, the P&O originated in the early 1700s, but is still effective today for trout. It's also a killer bluegill fly when fishing around docks and trees where spiders are prolific.

Posted by Catch Cormier at 11:59 AM No comments: 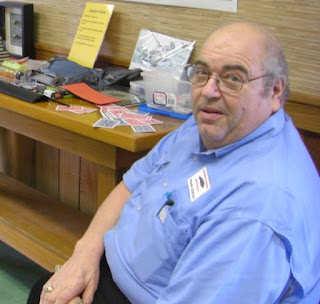 Frank Genusa, Jr., a member of Red Stick Fly Fishers for over 25 years and one of our most accomplished and active members, passed away Saturday from congenital heart disease. He was 71.

A resident of Denham Springs, Frank served as president of Red Stick Fly Fishers for five years, from 2002 through 2006. Frank's leadership style was one of "crossing t's and dotting i's" and getting things done.  During his term, the club initiated Fly Fishing 101, and expanded the number of weekend-long club trips. He put a premium on getting new members, and during his tenure, the club experienced unprecented growth, rising to a peak of 158 members!

Frank was also a gunsmith and a rod builder, and donated several of his rods to our club functions. For the last 18 years, Frank has been active with our annual Red Stick Day, in particular, managing our "Gamblers Draw" fundraiser.  Thanks to Frank's guidance and sales drive, this activity has been very successful for the club. 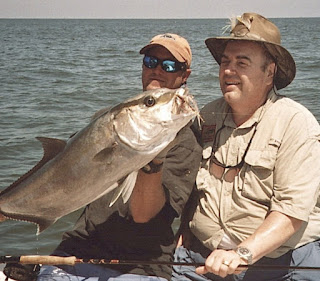 He was also the chief cook for our annual weekend trips to Lake Concordia. Always willing to volunteer for something, that was Frank!

On the water, Frank was an accomplished offshore fly angler. He enjoyed catching cobia, spanish, king mackeral, and many other species. For awhile, he held a Louisiana state fly rod record Top 10 entry for redfish, which he caught at Belle Pass on a Tom Springer's Crystal Shrimp pattern.  He was equally at home on warmwater lakes and bayous. Much of his time was spent fishing with his dad, who passed away in December, 2020.

Frank was a friend to all, and welcomed anyone who wanted to learn our sport. He had many great stories to tell from a lifetime dedicated to hunting and fishing. Our prayers to his wife, Meg, his children and grandchildren.